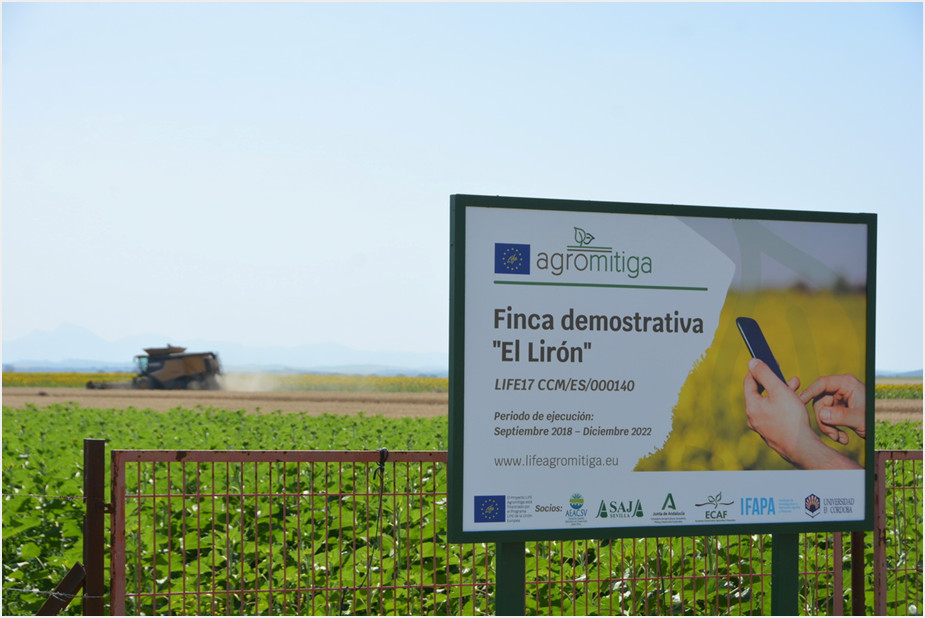 As we reported on this website, as well as in previous issues of our magazine “Tierra y Vida”, the LIFE Agromitiga project is monitoring the evolution of carbon content on 38collaborating farms included in the network developed at regional scale and covering the most representative agroclimatic zones of Andalusia.

During the spring months, new soil samples have been taken at different depths, in order to monitor the evolution of soil carbon during three agricultural seasons.

It should be noticed that soil carbon monitoring is one of the main objectives of the project, because it reveals quantifiable data on the sink capacity of soil, adjusted to the diversity of Mediterranean agricultural soils. This shows that agricultural sector does not only reduce greenhouse gases while maintaining the production pursued by farmers, but it is also creating a tool for quantifying the soil carbon sink effect, which will help agricultural sector in general, and to farmers in particular, to enter the carbon market.

The LIFE Agromitiga project (Development of climate change mitigation strategies through agriculture which makes good use of carbon) which, coordinated by the Spanish Association for Conservation Agriculture - Living Soils (AEAC.SV), in collaboration with ASAJA-Sevilla, aims at promoting sustainable agricultural concepts and practices applicable both at a local and European level, through the development of tools and actions that can improve the mitigating capacity of the soil as a carbon sink.