Meeting with the Senate Committee on Agriculture, Fisheries and Food in the framework of the Governance actions of the LIFE Agromitiga project 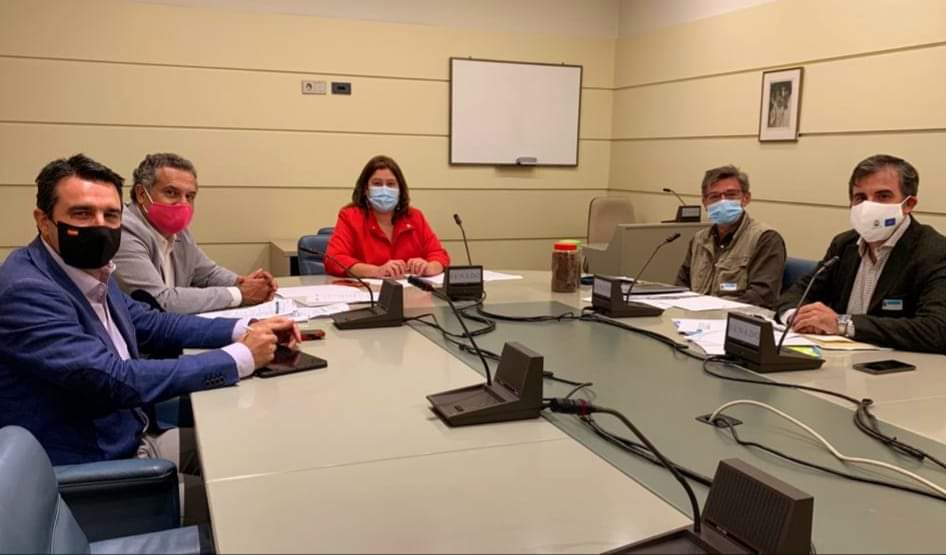 Meeting with the Senate Committee on Agriculture, Fisheries and Food in the framework of the Governance actions of the LIFE Agromitiga project

On October 1, a meeting between representatives of the Spanish Association on Conservation Agriculture. Living Soils (AEACSV) and members of the Senate's Permanent Legislative Committee on Agriculture, Fisheries and Food took place at the Spanish Senate, attended by the president Mª Teresa Macías Mateos, the spokesperson for Agriculture, Amaro Huelva Betanzos, and Senator Manuel Miranda Martínez.

The meeting addressed important aspects of properly considering Conservation Agriculture in the new eco-schemes that are being designed for the POST-2020 CAP reform. Therefore, it should be noted that in the draft published by the Ministry of Agriculture, Fisheries and Food regarding eco-schemes, practices such as live groundcovers and inert groundcovers in woody crops and no-tillage in herbaceous crops are mentioned, although according to the AEACSV, the reality of conservation practices in Spain is not accurately reflected.

Óscar Veroz and Miguel Barnuevo, from the AEACSV, presented the successful results that exist in Spain, which not only benefit farmers, but they also influence international projects such as LIFE Agromitiga. Monitoring of the benefits caused by these practices is being carried out in a network of 35 farms in Andalusia, especially regarding climate change mitigation, and whose results can be very useful in order to justify the existence of Conservation Agriculture eco-schemes in the new CAP.