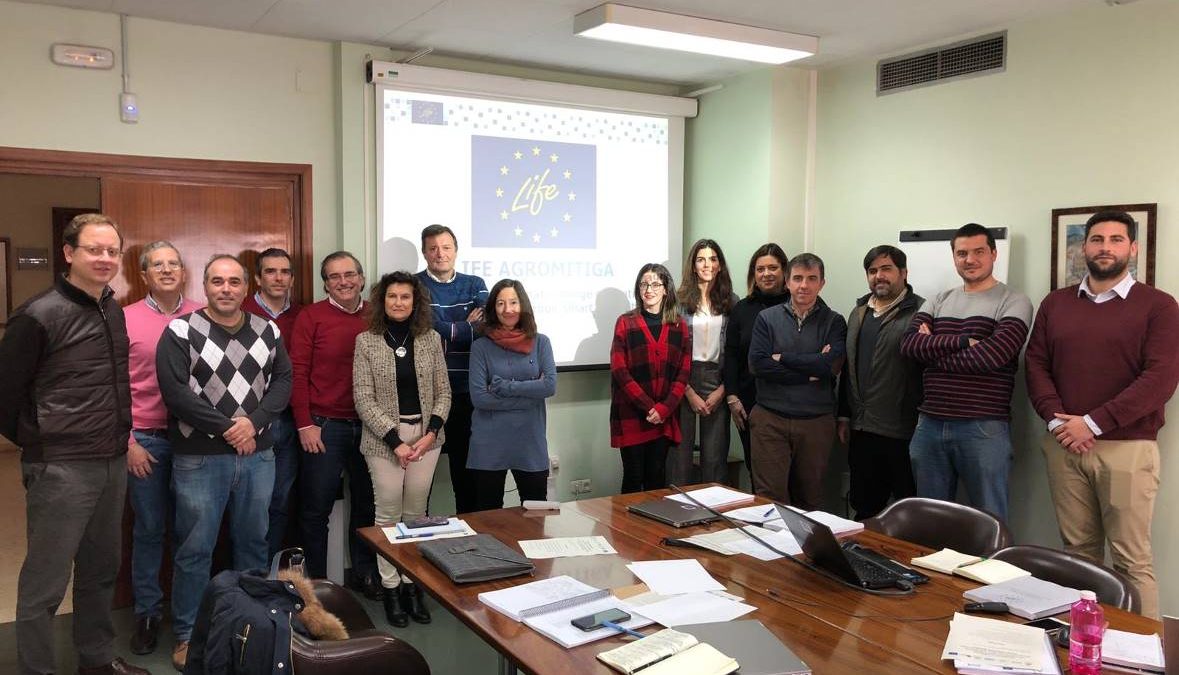 The project, funded by the LIFE program of the European Union, aims to contribute to climate change mitigation in the agricultural sector thanks to the carbon sequestration by Conservation Agriculture.

On January 22, the launching of the LIFE AGROMITIGA Project took place in the Andalusian Institute of Agricultural Research, Fisheries, Food and Ecological Production (IFAPA) in Cordoba: Development of climate change mitigation strategies through intelligent carbon agriculture.

The project, led by the Spanish Association of Conservation Agriculture Living Soils, supported by ASAJA Seville, the Ministry of Environment and Land Management of the Junta de Andalucía, the European Federation of Conservation Agriculture (ECAF), IFAPA and the University of Cordoba, as members of the consortium, has a total budget of almost 2.8 million euros to carry out climate change mitigation actions in the agricultural sector both in Andalusia and in European regions of the Mediterranean basin by the end of 2022.

One of the objectives, pursued by this initiative, is to design and implement a methodology to calculate the carbon footprint for the agronomic phase of crops, which can be integrated into the international regulations related to verification and calculation of the carbon footprint, such as ISO 14001. This methodology will be a very useful tool, both for farmers and for certifying entities, in order to verify the increase in carbon content achieved through the use of Conservation Agriculture.

In addition, within the framework of the project, an application for mobile phones will be developed to assess and quantify the increase in soil carbon through the use of good agricultural practices. Thus, any user with this application, will be able to know the carbon content in the soil on their farms by simply taking a picture of it with the camera of the mobile phone.

The project will cover an extensive network of woody and herbaceous crop farms located in Andalusia and in countries such as Portugal, Italy and Greece. Thanks to the work carried out by the partners, at the end of the project there will be updated information on the carbon content in Andalusian agricultural soils and the obtained increase in soil carbon content thanks to Conservation Agriculture.

In addition, this initiative includes a large number of actions aimed at disseminating and transferring knowledge within the sector, such as field days, courses, and conferences, which allow farmers and technicians to provide tools for the transition to a low-carbon agricultural system and thus contribute to the mitigation of climate change.