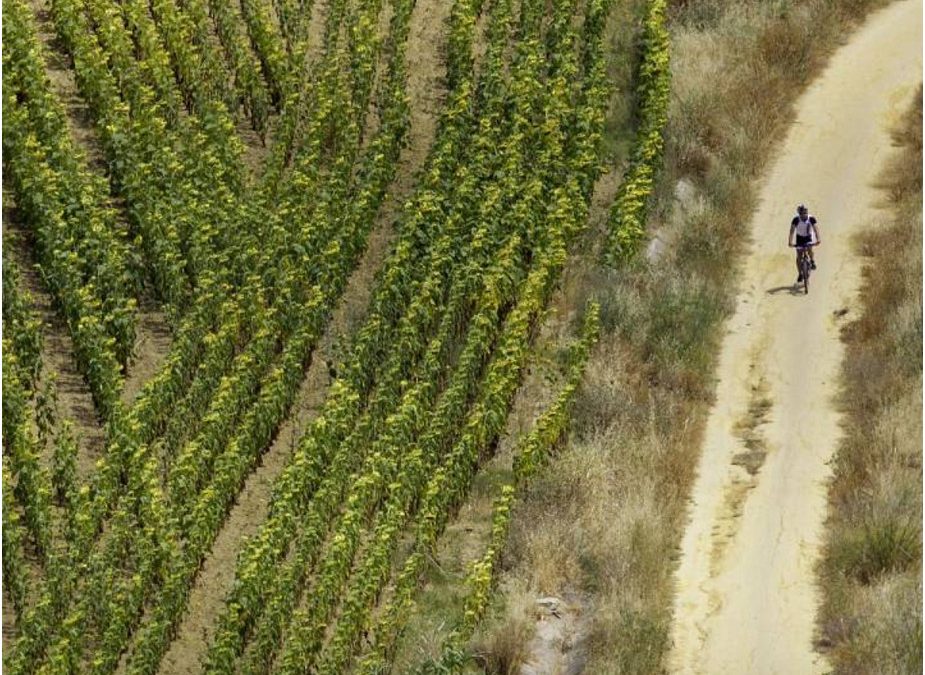 Paulino Martín, a 71-year-old farmer in Fuente el Saúz (Ávila), remembers when people used todiversify their productions, from cereals to forage and legumes, to feed their livestock and for human food. The objective, above all, was to let the land rest. "Now we are abusing it, we are forcing it to produce more and more every yearusing mineral fertilizers and it is going to turn against us," he says. "We, farmers, know better than anyone that land should undergo an appropriate period of fallowing, in order to achieve good harvests, maintain the fertility of the soil and save on fertilizers."

Different forums agree that approximately 40% of soils are degraded. In the case of Spain, the World Wide Fund for Nature (WWF) estimates that 75% of land is already susceptible to desertification and that 20% already suffers from this problem. Every year, as a consequence of erosion caused by wind and rain, an average of 30 tons of land per hectare is lost, according to data collected in the Aridity Map in Spain which is the part of the National Action Program against desertification established by the Ministry of Agriculture. Studies conducted by the World Agriculture Organization (FAO) indicate that 1,000 years are needed to increase the thickness of the land by one centimeter.

As a consequence of excessive tillage, single-crop farming or intensive fertilizer use, organic matter can get below 2%. On the other hand, there is a risk of soil mineralization; excessive soil compaction; increased salinization, acidification and, ultimately, their exhaustion and fatigue due to unsustainable practices. All this supposes an attack against soil health and a risk of low food production while the world population is constantly increasing.

From the Spanish Association for the Conservation Agriculture.Living Soils (AEACSV), the director, Emilio González, asks to change the soil management system: minimum or no tillage, not turning the land over, leaving harvest remains on the ground as organic matter, thus stopping soil erosion and increasing its moisture content, greater crop rotation, more fallow areas, increased nitrogen-fixing leguminous crops and, ultimately, letting land rest because it is showing the symptoms of tiredness.

To receive the fundsfrom the current Common Agricultural Policy, the European Union contemplates tougher measures such as the obligation to leave 5% of fallow land when the crop area exceeds 15 hectares; rotation and diversification of crops from 10 hectares progressively, and the obligation of planting nitrogen-fixing leguminous crops such as lentils, peas, fenugreek, vetch or vicia ervilia that, in the case of Spain, they have practically disappeared in many areas where they used to be always planted.

Brussels asks for something that used to be a voluntary decision of the farmer, who knew better than anyone the possibilities of each plot. "Now we plant every year, fulfilling the community demands of abandonment area. We are trying to take care of the land because it is our heritage, analysingthe soil and using the most modern technologies to give each plot the right doses of volume and the rightamount of nutrients, "says Edu Ausin, one of the few young people in Mazuela (Burgos). Raúl Torrego, from Aldehorno (Segovia), remembers the cement plants when corrals and tenadas were cleaned to fertilize the fields. Today there are almost no such wastes and pig slurry is used to fertilize the land;positive fertilizers, but dangerous due to the risk of damaging the land and contaminating the aquifers.

AEACSV works on different projects such as LifeAgromitiga or Mosoex (Increase in organic matter, sustainable management of extensive systems), financed by the Ministry of Agriculture. The latter aims to promote and disseminate an innovative soil management system that would allow to increase carbon content, stop erosion and degradation, reduce greenhouse gas emissions and, ultimately, give new life to the land improving its fertility.